The Valmet 76 7.62mm x 39mm with a folding stock.  The rifle pictured below is part of Buddy Hinton's collection and is shown with many rare Valmet accessories. 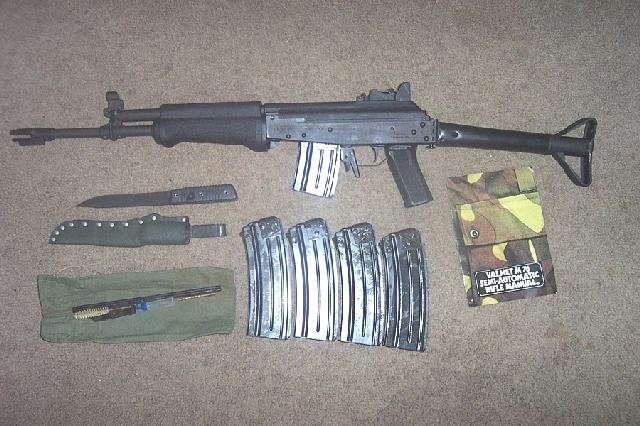 The tube folder 7.62x39 is also in use by the Finnish Defense Forces including the Guards at the presidential Palace in Helsinki.  Below are those same guards photographed by Robert Johnson in 2001.

Mr. Johnson asks not to be criticized for the poor quality of the picture. He insists it's hard to take a clear photo when it's -20 degrees and guys with Bayonet affixed Valmet's are looking meanly at you.  Mr. Johnson also claims one of the guards winked and blew him a kiss....Mr. Johnson then took the picture while running away.